From August 2014, GSV Developments began the consultation process with the engagement of Straight Talk to coordinate and manage the project communications. We have held various meetings and information sessions to inform and consult the Gladesville community, and have participated in the forum organised by Council to discuss the proposed draft DCP as a stakeholder.

Straight Talk was engaged by GSV Developments in late 2014 to engage the community and key stakeholders to inform the development of a new proposal to redevelop the Gladesville Shopping Village site.

To date, this has been a three stage process:

Two public information sessions were held, on Thursday 13 August and Monday 17 August 2015 between 6pm and 8pm.

The purpose of these sessions was to:

These sessions were run as Display and Discuss sessions. A total of eleven boards detailing the PP and the changes made since February, using a combination of text, images and diagrams were on display around the room. The project team was also available at the public information sessions to answer questions. The project team present consisted of Brian Mann (Architect, Robertson+Marks), David Kettle (Town Planner, DFP Planning), Harry Loi (Project Advisor, GSV Developments), Lucy Cole-Edelstein (Straight Talk) and Rachelle Alchin (Straight Talk). 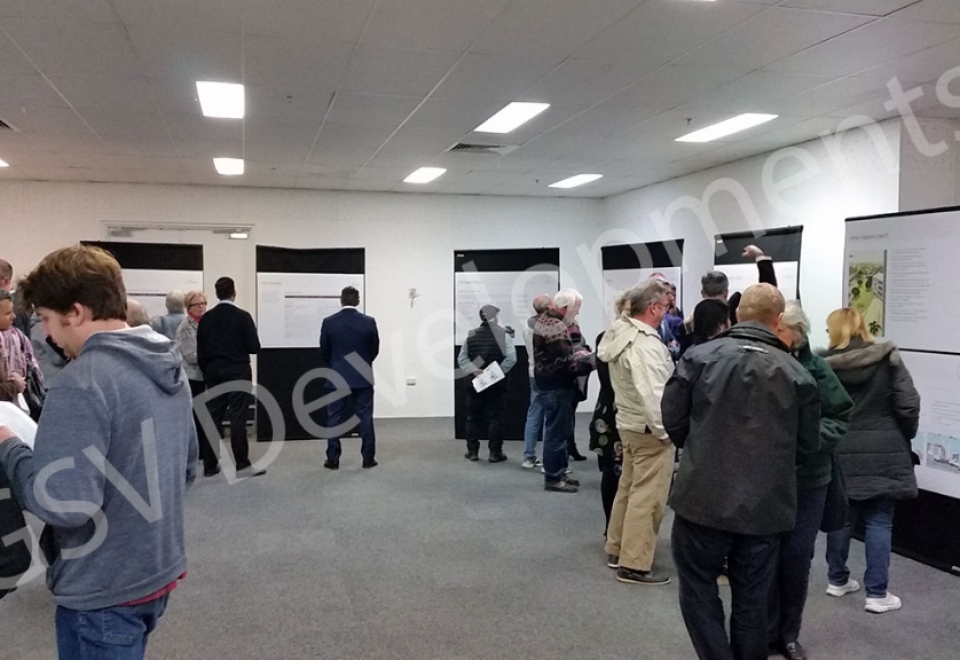 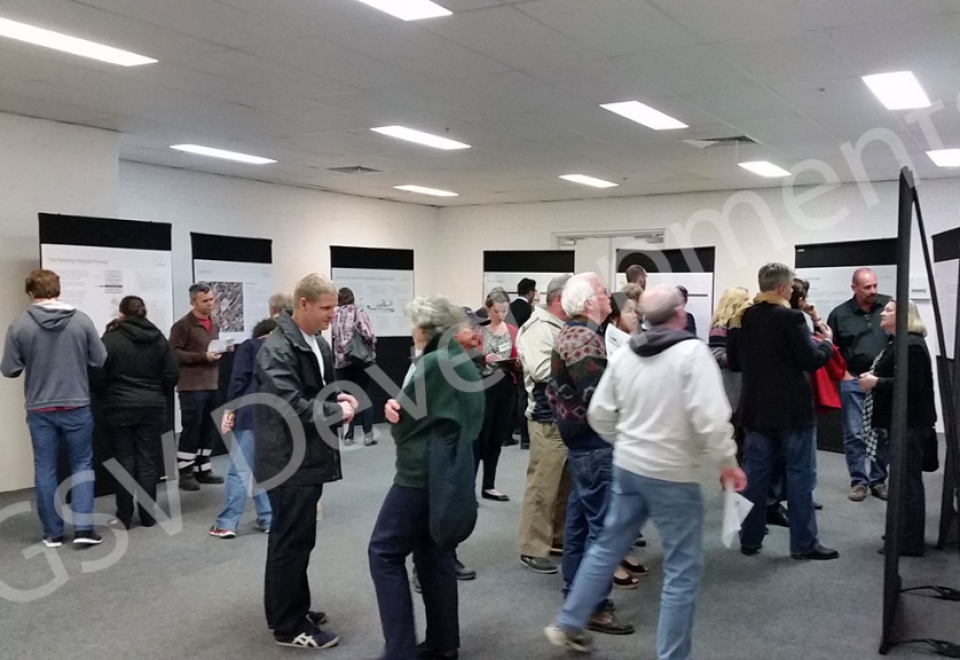 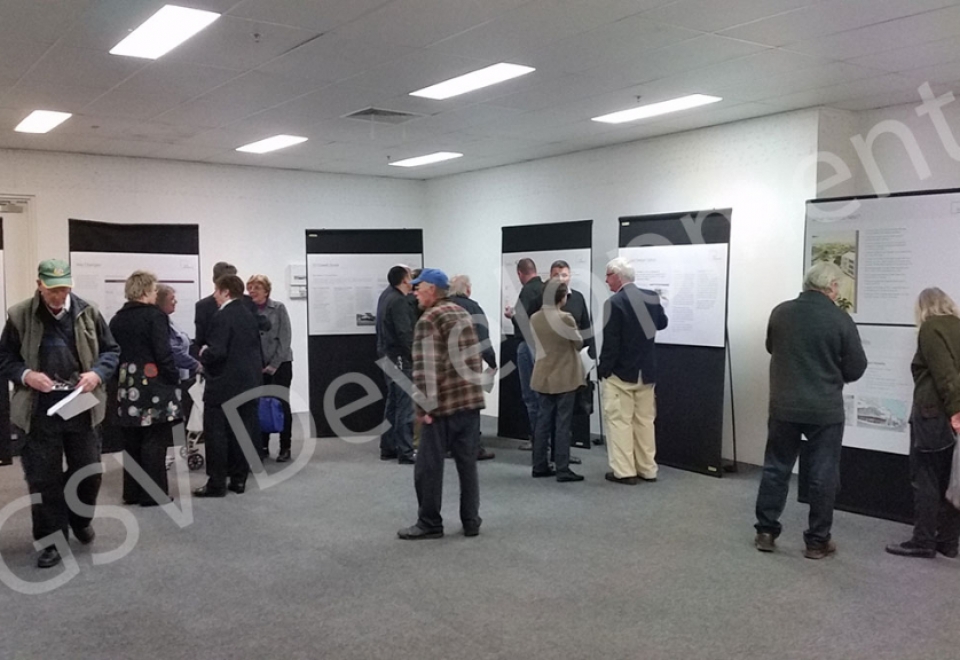 Both public information sessions were held in the empty, former Betta Electrical, store in Gladesville Shopping Village, immediately opposite the Coles supermarket.

Four traffic information sessions were also held, on Friday 14 August and Tuesday 18 August, from 6pm to 7pm and 7.30pm to 8.30pm each evening.

The purpose of these sessions was to: 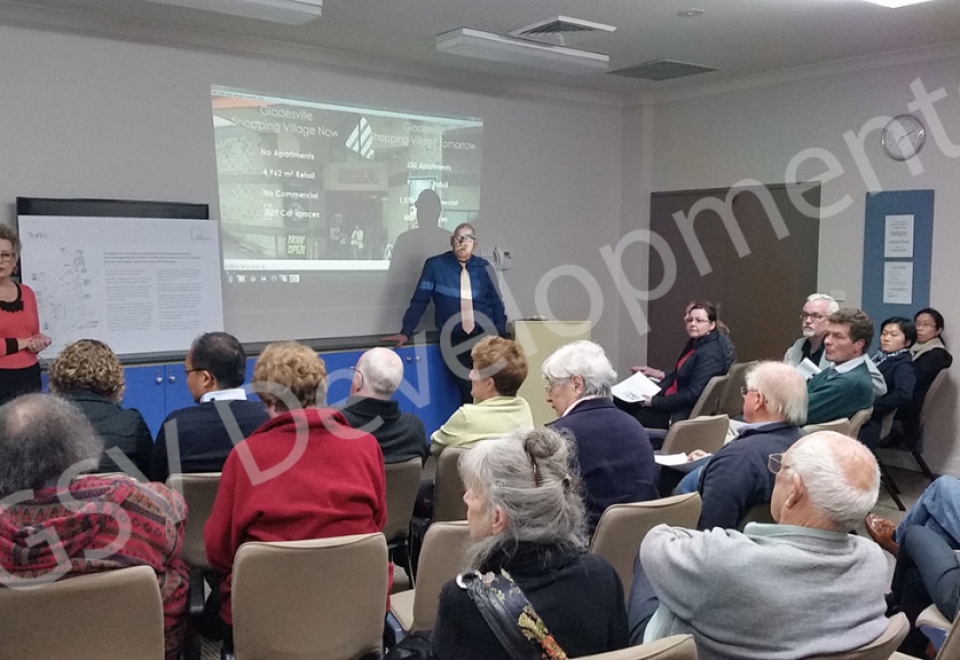 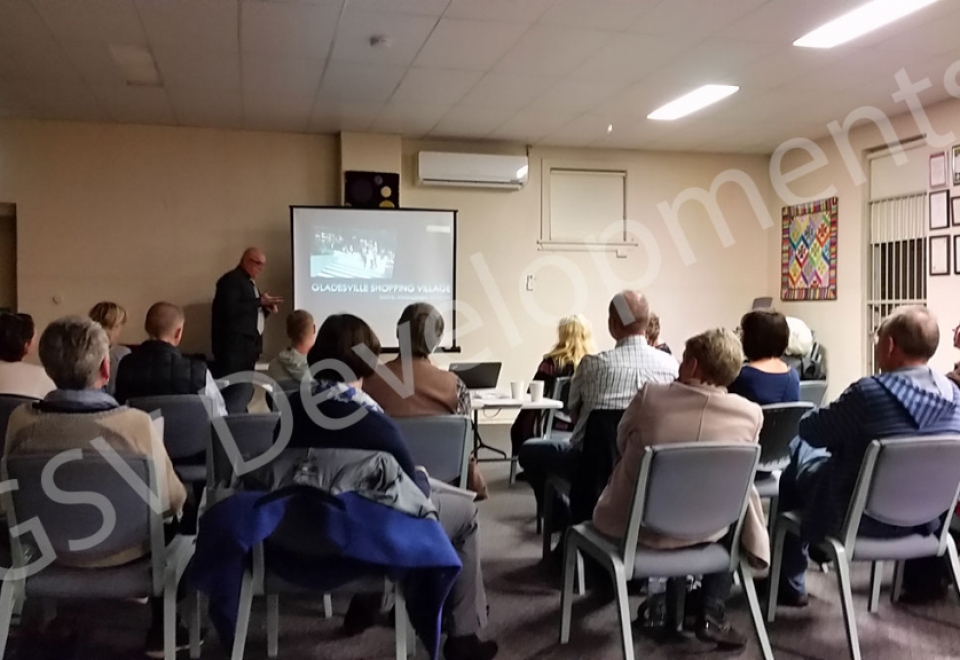 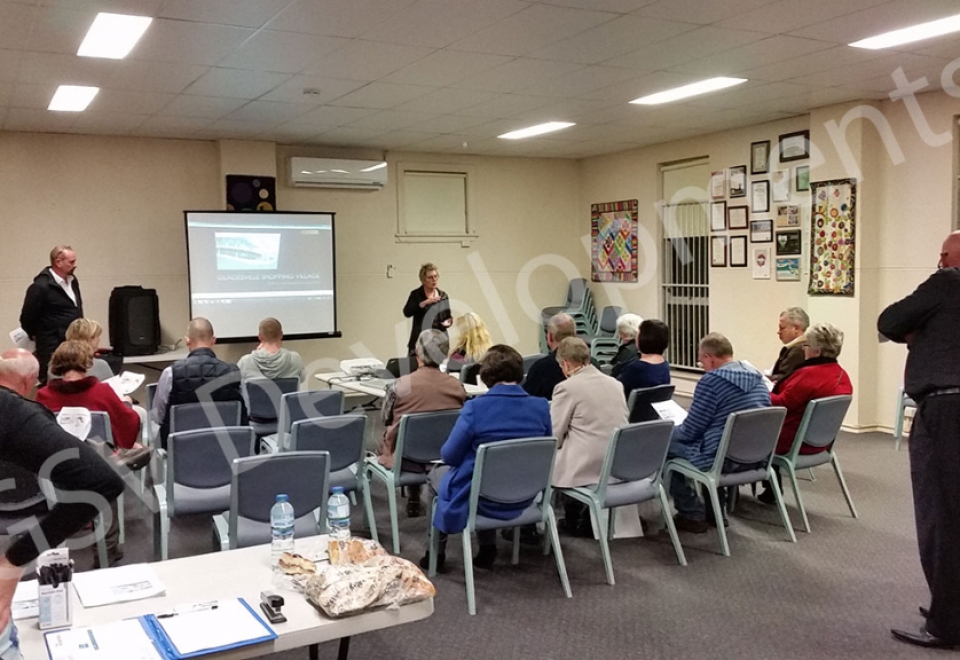 Information Sessions were run on 19 and 21 February at Gladesville Shopping Village. The sessions were aimed at providing an opportunity to display a preferred design option that was developed following stakeholder consultations in November 2014. These sessions also provided an opportunity for the project team to meet with the community to discuss key issues, continue to gain input and feedback regarding the preferred design option and explain the future steps in preparing a development proposal. 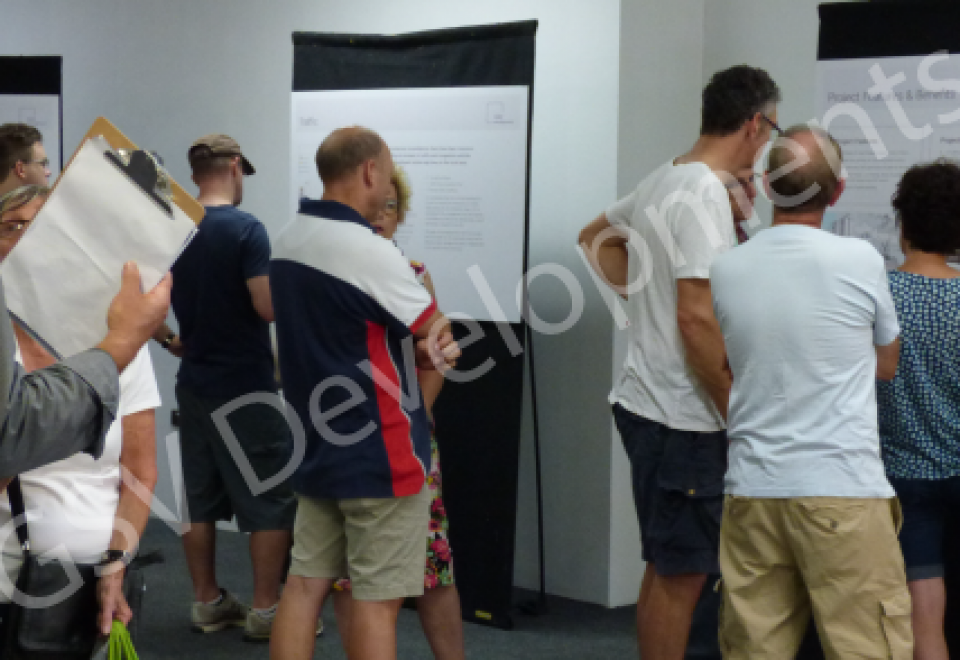 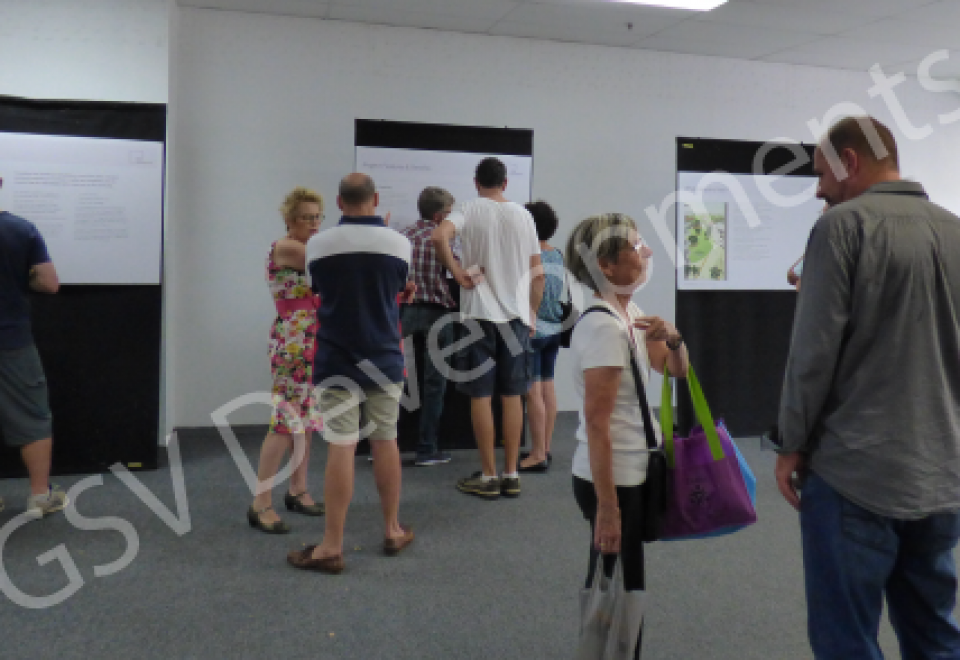 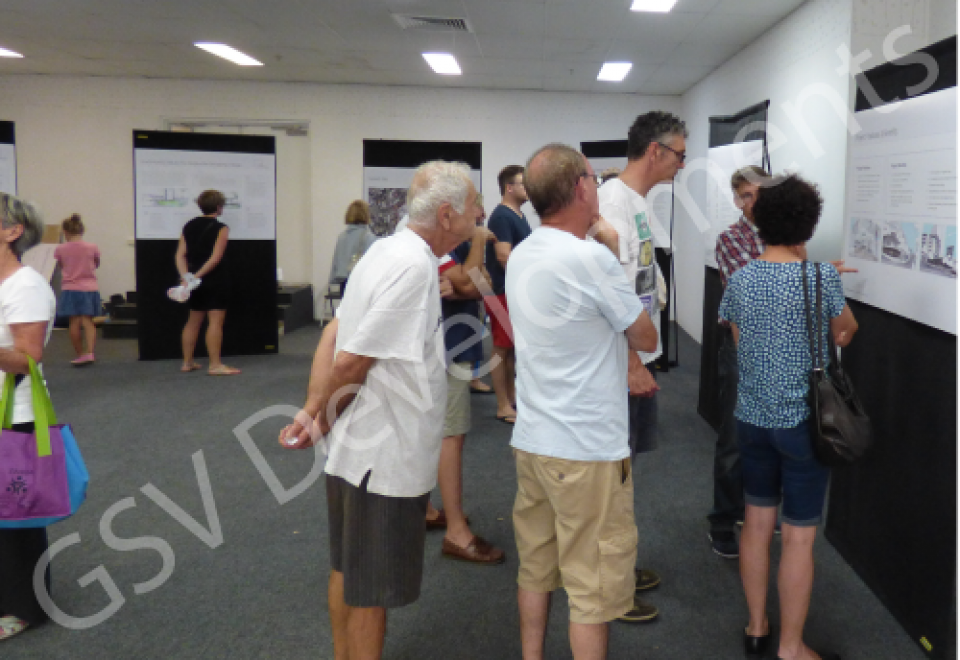 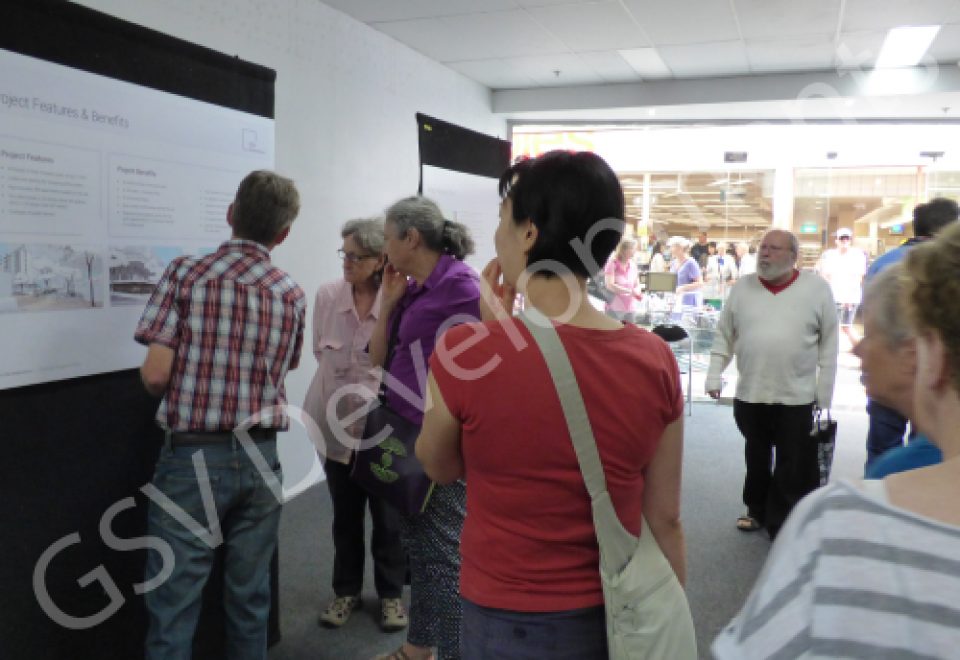 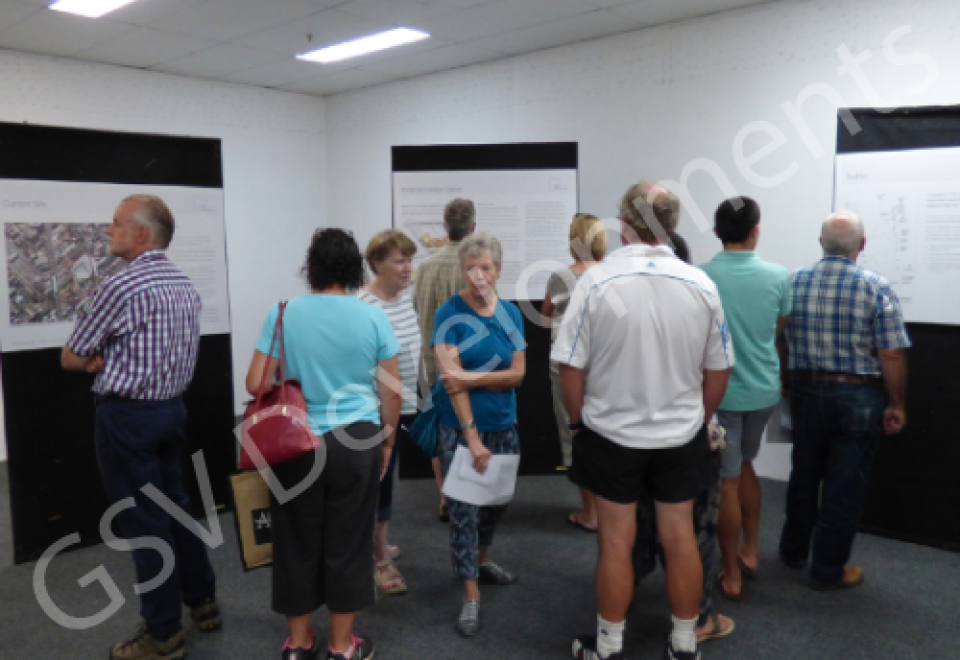 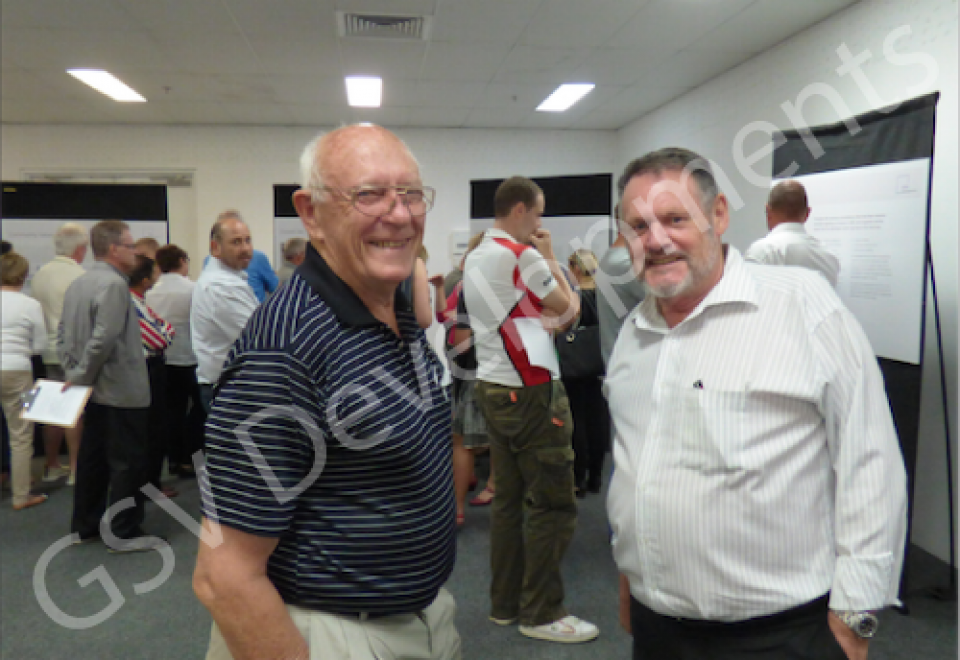 Four, one to one community meetings with identified stakeholders took place at the Gladesville Shopping Village on 20, 21 and 24 November 2014. The purpose of the meetings was to understand both the issues of concern and underlying community values as well as contribute to the establishment of ongoing relationships with the community.

Specific stakeholders who had been active in the previous DA process were invited, they were:

Also present for all meetings was representative from GSV Developments , project architects from Robertson + Marks.

These meetings provided for the project team to reiterate their commitment to deliver high quality development outcomes and where possible associated community benefits. 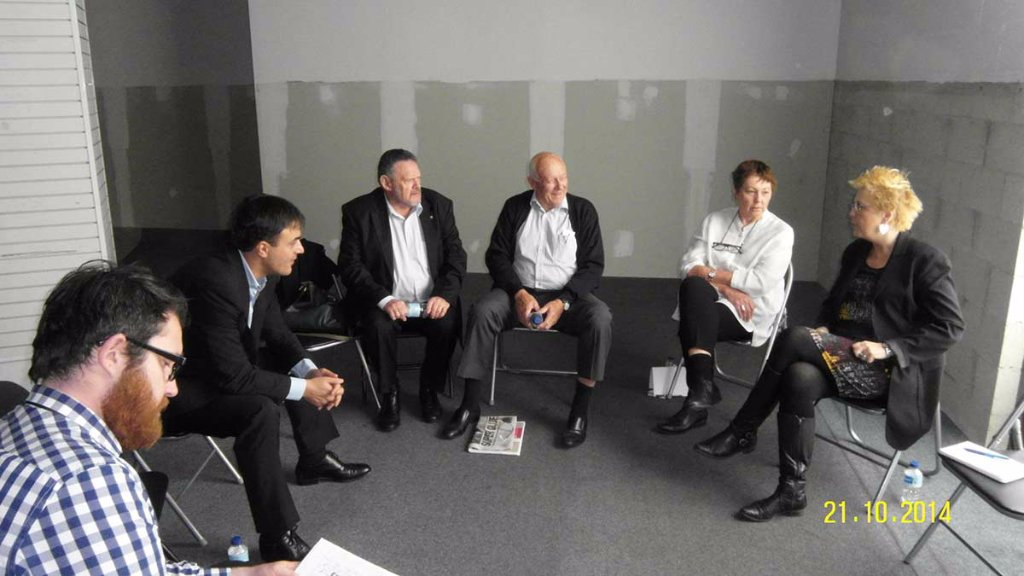 The meeting was aimed at providing an opportunity to introduce the new project team and explain the future steps in preparing a new development proposal and to reinforce that the project team is seeking to work with the community to realise the potential of the site as the heart of the Gladesville commercial precinct.